The history of the women's "Prometey" 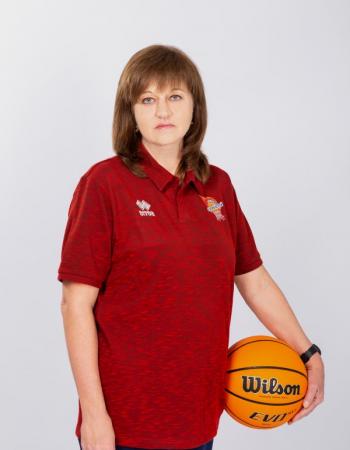 In the summer of 2020, the management of BC Prometey decided to create a women's basketball team. They were led by one of the country's most authoritative specialists in women's basketball Victoria Bolshakova, under whose leadership in different years "Dnipro" from Dnepropetrovsk and "Yelisavet-Basket" from Kropyvnytskyi (then Kirovograd) became the best women’s team of Ukraine. The composition of the team, from the moment of its creation, have been forming with the target on winning the women's Super League of the country.

The team turned out to be balanced in each position in terms of age and experience in competitions of different levels. The most experienced players were Olga Dubrovina, Oksana Mollova and American Bernice Mosby. Olga Dubrovina and Oksana Mollova have resumed their "playing careers", and Bernice Mosby was the first player of the club who had an experience of playing in the WNBA. Another legionnaire of the club was forward Keishuan James. Throughout her career, she, like Mosby, has been equally successful in both - effeciency and defense. The main direction of the team formation was inviting quite young players with the experience of performing in the first national team of Ukraine (Vita Horobets, Viktoriia Kondus, Veronika Liubinets, Yuliia Musiienko, Uliana Datsko) and youth national teams of the country (Daryna Dubrovska, Anastasia Venchik, Mariya Ignatchenko).

A special impressive was the dominance of the women's team of "Prometey" over their competitors in the domestic arena. During the season in two tournaments (Superleague and the Cup of Ukraine) Viktoriia Bolshakova's team played 36 matches and they lost in none(!) of them. There were only failures in European competitions: in the group stage of the Eurocup, the women’s Prometey lost to the Hungarian Atomeromu KSK Szekszard and Uni Gyor, as well as the Turkish Belloni Kayseri; The fourth defeat of the season they suffered in the semifinal from the Belarusian "Horizont", but performance of "red and whites" in this tournament can be considered as successful, as the team went undefeated two rounds of the group stage, and in the quarterfinals beat Lithuania "Kibirkstis" twice.

The Cup of Ukraine was the first of the trophies of the women's team "Prometey", by the way,the final part of which took place in Kamyanske. Starting from the quarterfinals, "Prometey" consistently beat "Rivne-OShVSM", "Kyiv-Basket" and Berdyansk "Chaika-CYSS". Berdyansk club was defeated on March 7 in the final match with a convincing score of 112:74.

Next month, after this success, triumph awaited "red and whites"  in the national championship! In the semifinal series of the playoffs, they defeated Dynamo-NPU Kyiv 2:0 (106:61 in Kamianske and 90:68 in Kyiv) in a two-match confrontation. In the final, the two best teams in the season met - "Prometey" and "Kyiv-Basket". The series started with two home victories of our team (105:79 and 84:74), and the championship was decrared on April 10 in the capital of the country with a difficult victory (86:75). In addition to gold medals and the Champions Cup, two players of our team were awarded separate prizes at the end of the season: Bernice Mosby became the MVP champion, and Olga Dubrovina - the best guard. In addition to Bernice and Olga, the first championship trophy of the women's "Prometey" was brought by: Oksana Mollova, Keishuan James, Viktoriia Kondus, Vita Horobets, Veronika Liubinets, Yulia Musienko, Uliana Datsko, Daryna Dubrovska, Mariia Ignatchenko, Anastasia Venzhyk. 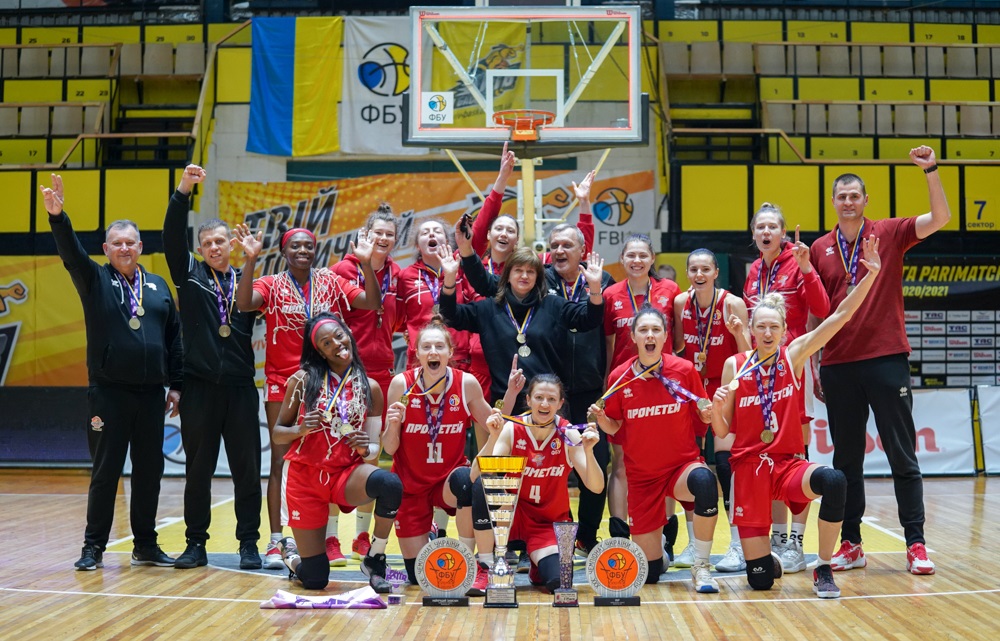