"Prometey" confidently overcame the group stage of the EuroCup Women!

On the eve of the penultimate round of EuroCup Women in the standings of group "B" there was a clear division of participants: "Prometey" and Romanian "Sepsi" were two victories ahead of today's rival of our team Hungarian "Uni Gyor" and Turkish "Elazig". Based on this, the fourth victory of any team from the duo of leaders took it to the next stage of the tournament; in turn, the same "Uni Gyor" could "catch" some chances only if he succeeded in Slobozhansky.

The Hungarian team arrived at the venue on the day of the match, but, of course, this did not mean that the rivals did not have the necessary ambitions. The Hungarian girls in the debut of the match with a score of 5:0 in favor of "Prometheus" (5 consecutive points Joyner Holmes) managed to organize an even bigger leap (7:0) and to go ahead. However, Victoria Bolshakova's team made two more excellent series in the opening ten minutes (6:0), which allowed them to win a quarter.

In the 17th minute, after a three-point shot by Joyner Holmes (16 points in 20 minutes), the champion of Ukraine formalised a 17-point handicap - 39:22. Our team's speed game made the opponents make mistakes (13 losses in the first half of the game), but "Uni Gyor" showed that it can hold a blow and before the long break it reduced its gap almost twice. Opponents successfully alternated effective throws from the perimeter (6 accurate attempts out of 13) and flirting in the three-second zone by Beatrice Mompremier (10 points for two quarters).

A radical change in the game occurred in the third quarter. Prometey managed a 12-0 breakthrough from the start of the ten minutes (7 points by Atkins, end-one by Holmes and her steal with a super pass back to Victoria Balaban), which by and large removed all questions about the winner of the match. Nikolina Babic also supported her partners with three long-range hits. In addition, the whole team played well in defense. "Uni Gyor" continued to hit from the perimeter, but the "red and whites" largely managed to neutralize the attacking abilities of Mompremier.

"Prometey" confidently led the match to victory, which allowed to overcome the group stage of EuroCup Women them for the first time in its history! However, our team has to play another match in this round, in which it will host Turkish "Elazig" on December 2, and there is no doubt that the champion of Ukraine will again make considerable efforts to please his fans! 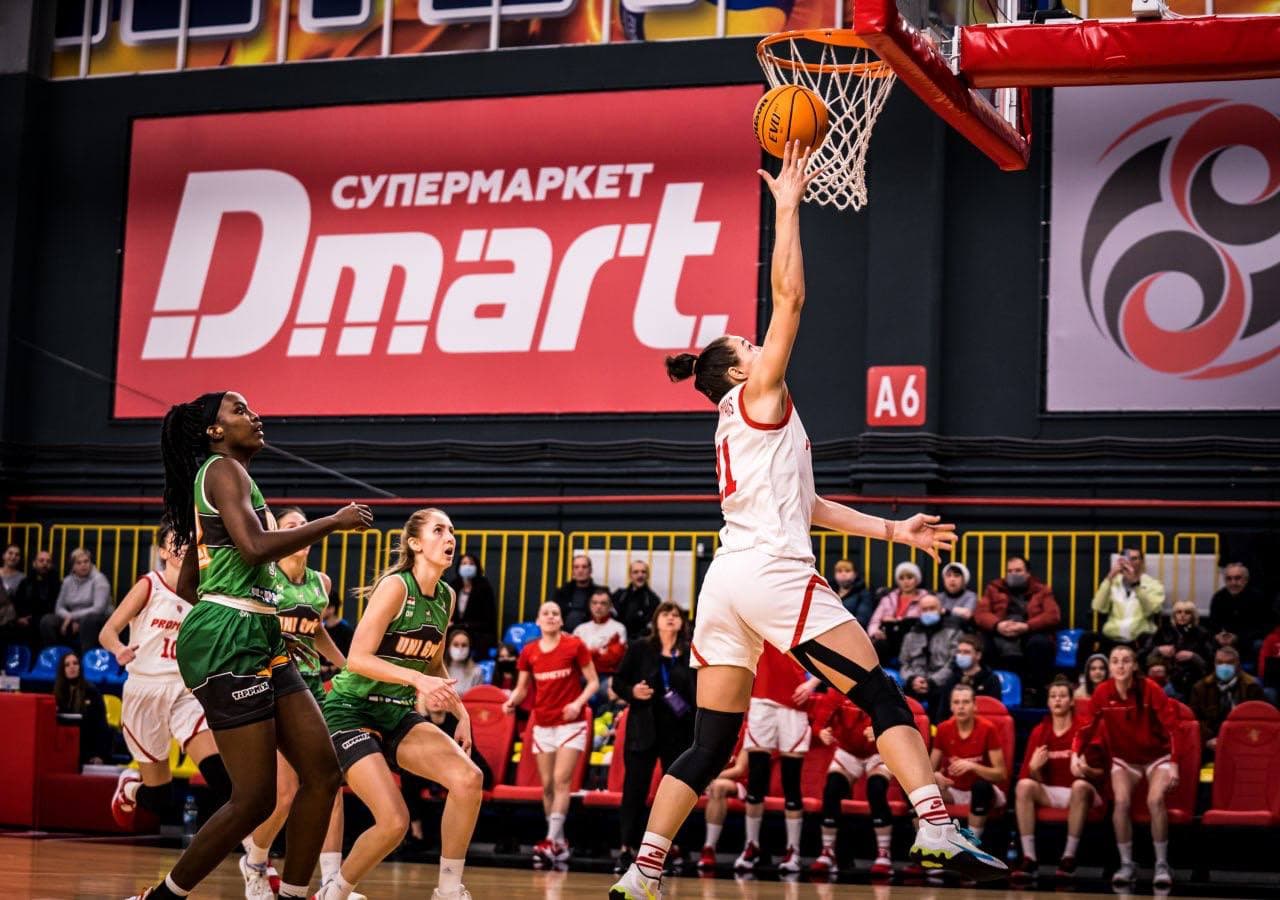 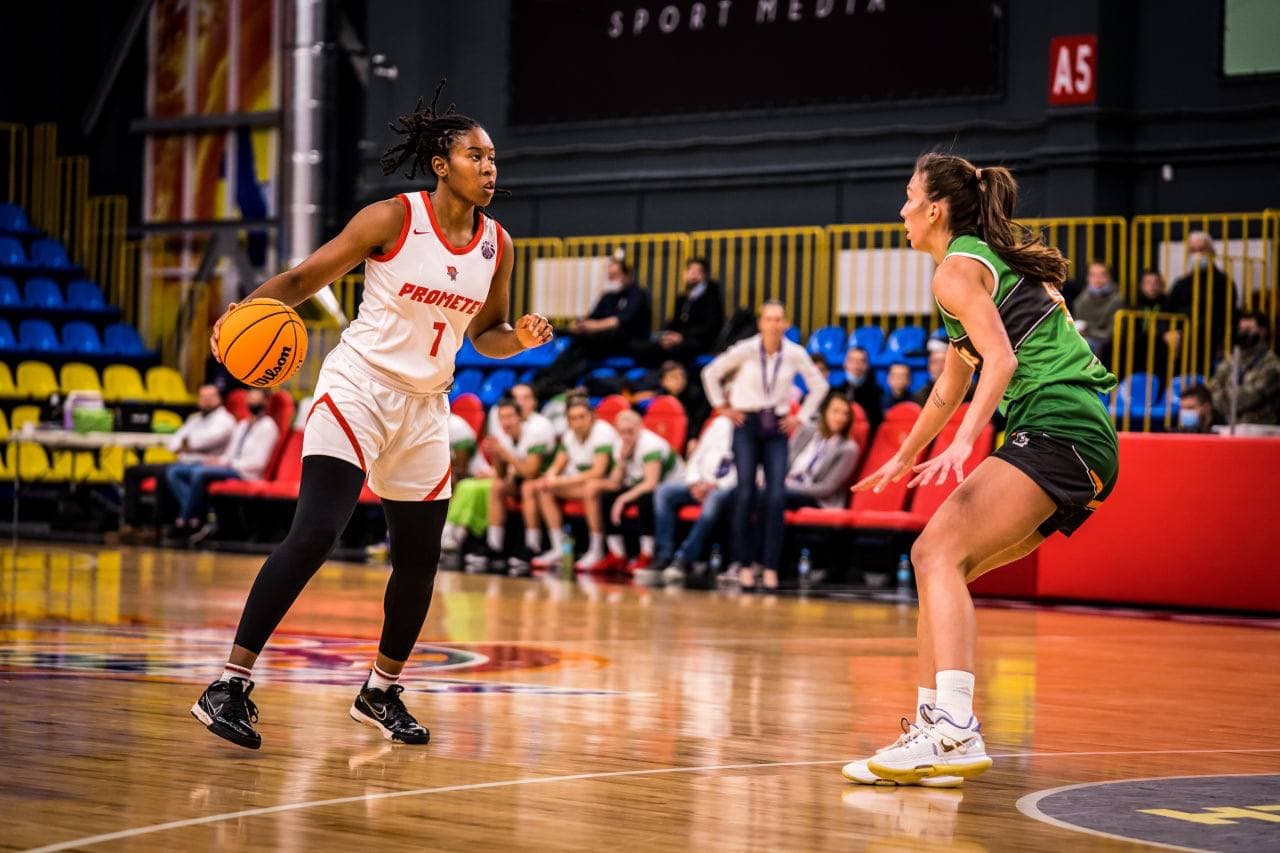 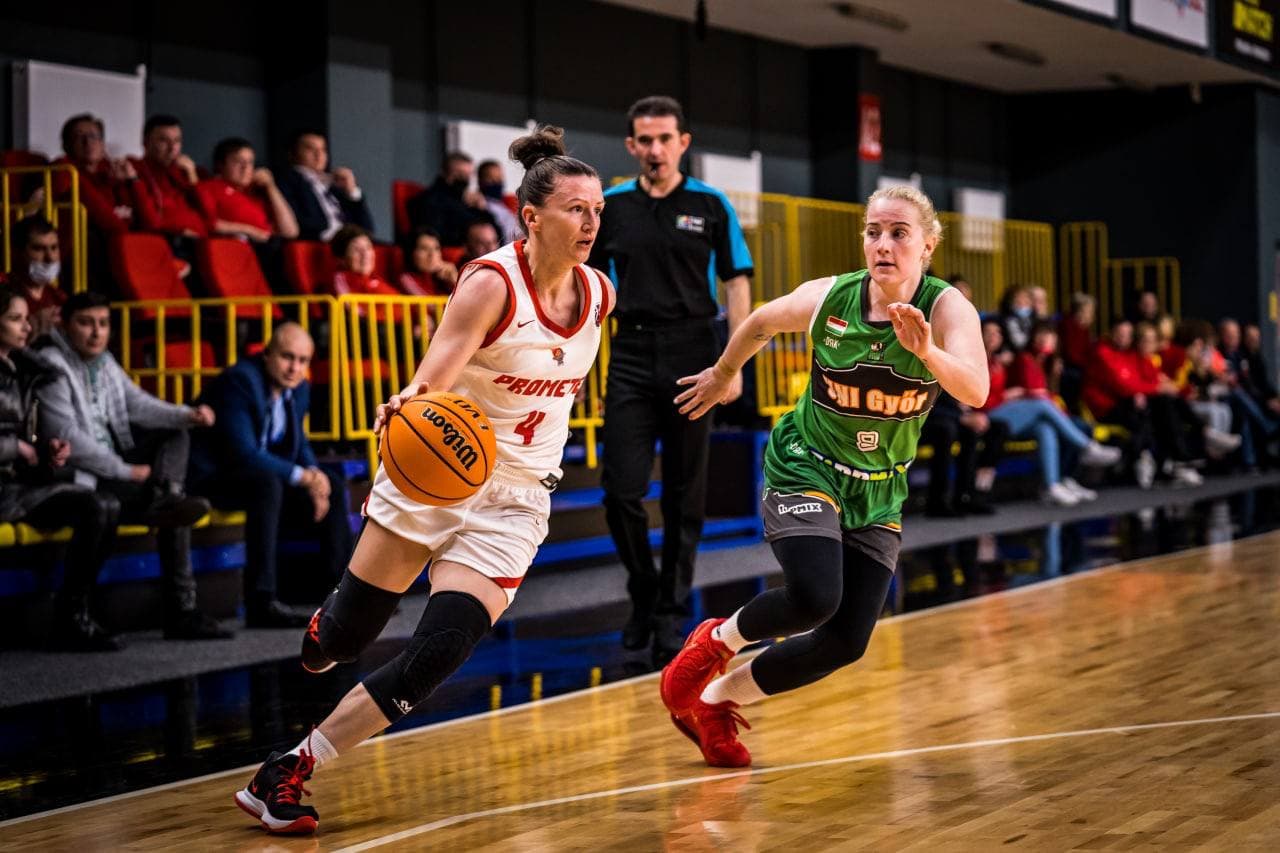 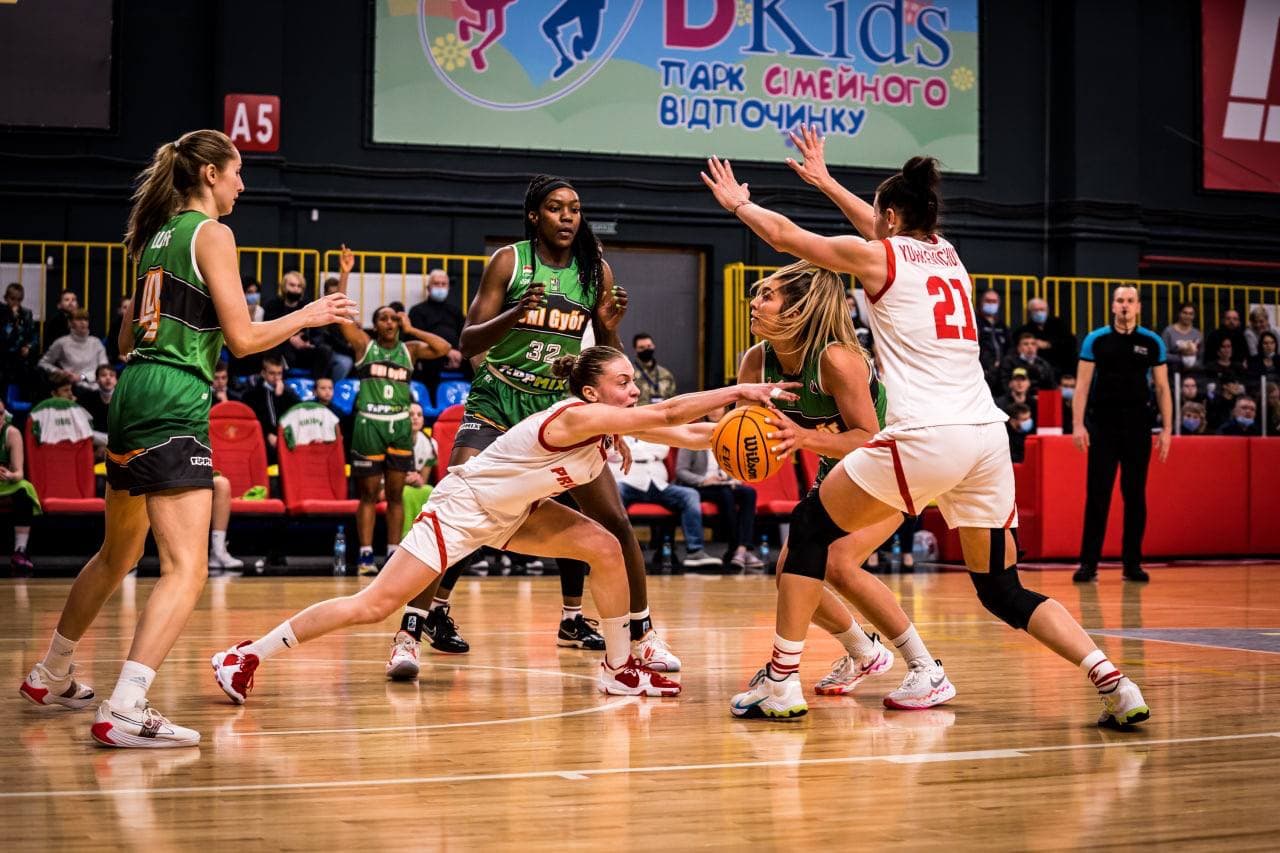 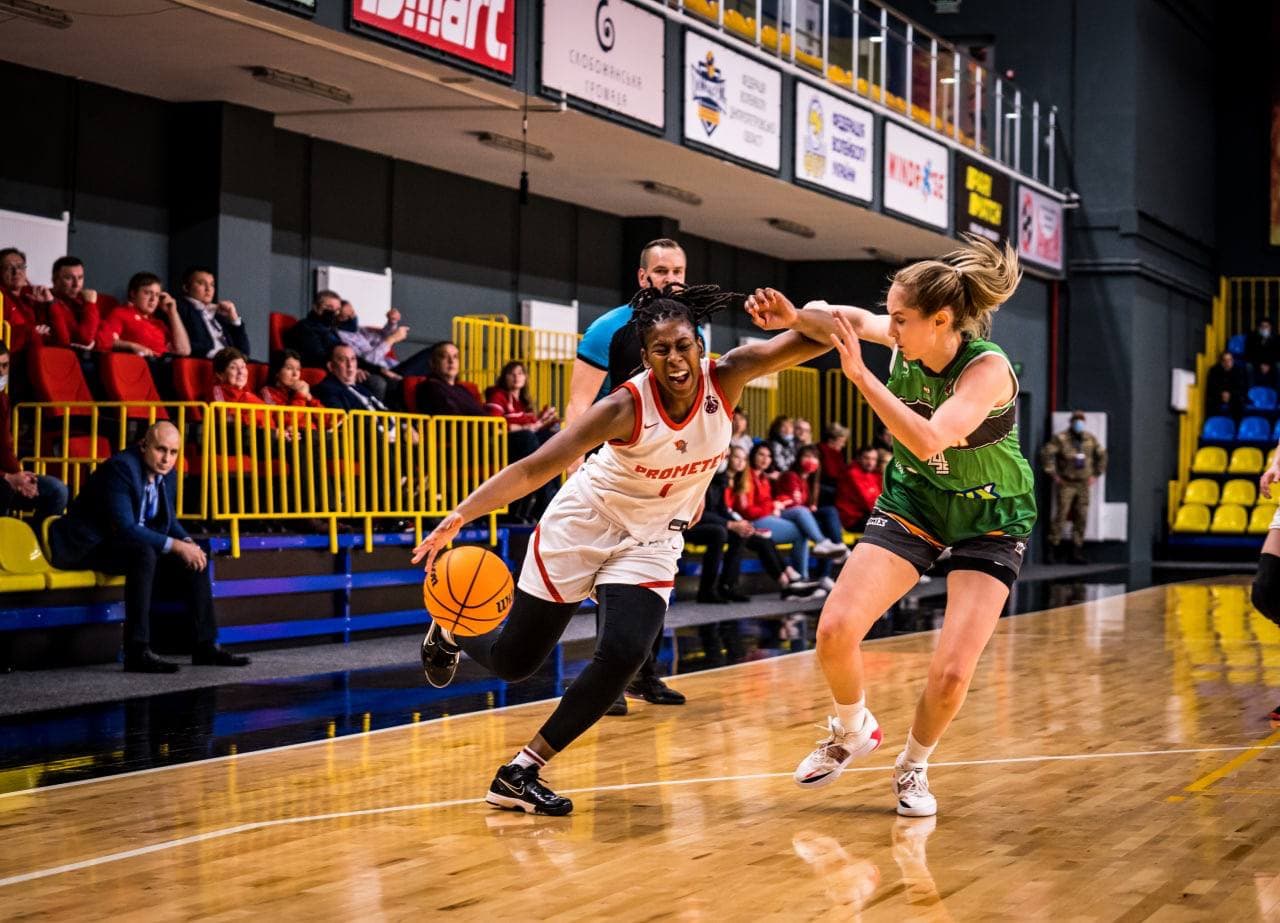 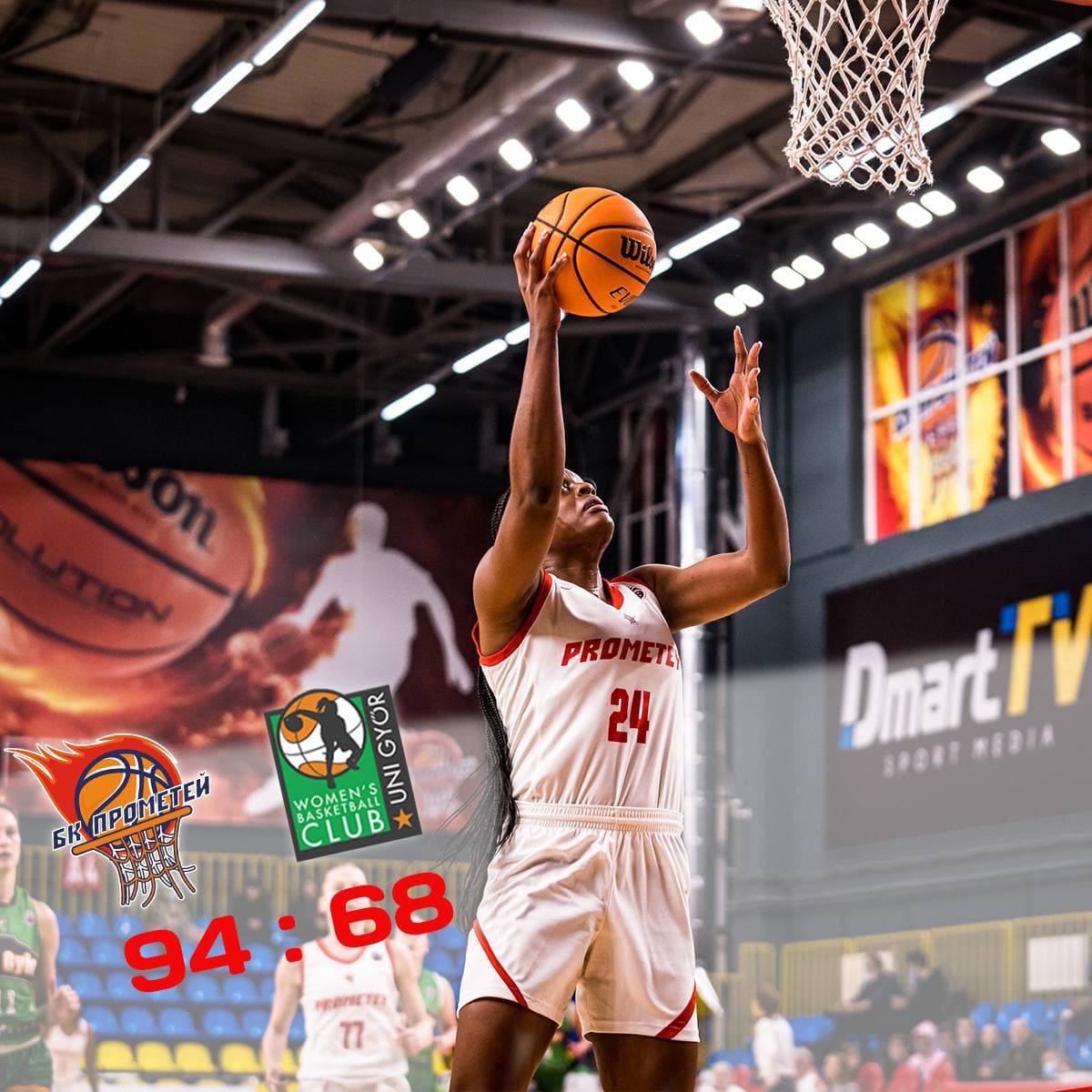