"Prometey" is a winner of the international tournament "Pinar Cup 2022" ! 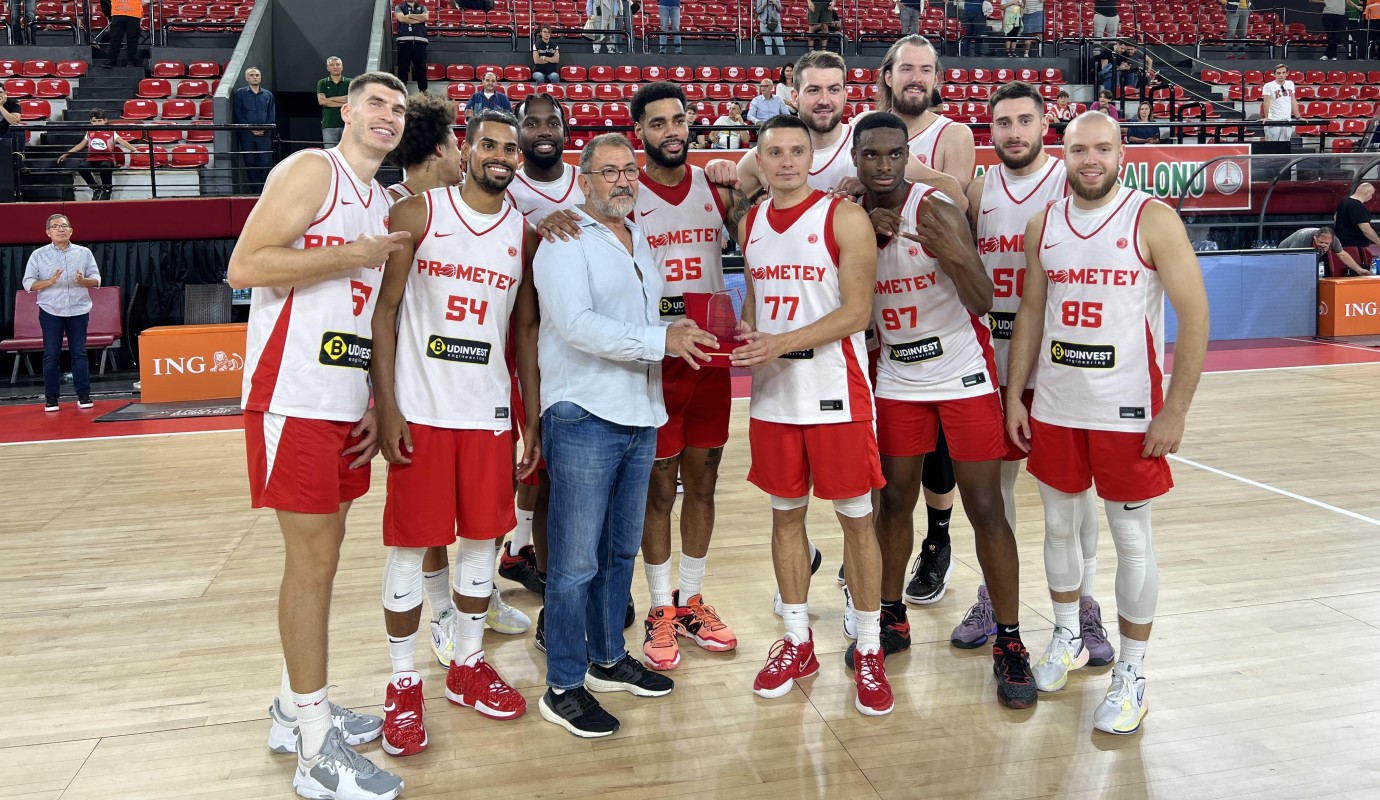 The very next day, after a difficult victory over "Fenerbahce" in the opening match of "Pinar Cup 2022", "Prometey" came out on the court of the sports complex "Mustafa Kemal Ataturk Karshiyaka Sports Salon" in Izmir, Turkey. Today, our team opposed the local club "Pinar Karshiyaka", which had an adventage of one day of rest. However, this circumstance did not prevent Ronen Ginzburg's wards from beating a strong Turkish opponent for the second time in two days in spectacular style!

At the same time, the red and whites not easily entered the game. During the first two and a half minutes, they could not hit the opponent's ring. The opponent took advantage of this and took the initial lead (6:2). The guests began to find their game in the second five minutes of the opening quarter. Like yesterday, they used the fast attack effectively. The players of "Pinar Karshiyaka" were constantly unable to cope with such attacks, which were completed by DJ Stephens (the first time "Prometey" took the lead), Issuf Sanon, Viacheslav Petrov. Vyacheslav became the most productive player of our team in the first ten-minute segment. Thus, he significantly helped "Prometey" to win the quarter (21:18).

The first five minutes after the break can be safely called a stretch of the name of our big man and Illia Sydorov. Illia started the first significant spurt (8:0) of "Prometey" in the match with five points in a row. The success of our defender was immediately developed by Petrov with three consecutive hits from the arc. This performance of our players contributed in many ways to the fact that "Prometey" developed their advantage to the "+20" mark.

Three more times with such a difference in the score, Ronen Ginzburg's team led in this match. "Prometey" confidently controlled the game until the final quarter. And it was with the 20-point advantage of our team that "Pinar Karshiyaka" began to "return to the game". The home team's 9-0 surge gave them hope. This spurt ended with an accurate three-point shot by today's best Karshiyaka player, Eric McCollum. Ufuk Saritsa's team continued to shoot well from beyond the arc, gradually closing the gap. A minute and a half before the final siren, after a productive pass by McCollum, it became minimal (86:87). However, the Turkish club did not make a super comeback. At the most necessary moment, the shots from the perimeter of Kuzminskas and the same McCollum lacked accuracy. In the last minute, only "Prometheus" scored points. At first it happened from the free throw line (Sanon, Clavell, Kennedy), and then a quick break by Caleb Agada and Issuf Sanon put an end to this confrontation - 93:86 in favor of "Prometey"!

Having won the prestigious international tournament, our team returns to Riga, where the last week of preparation for the upcoming season will be held.